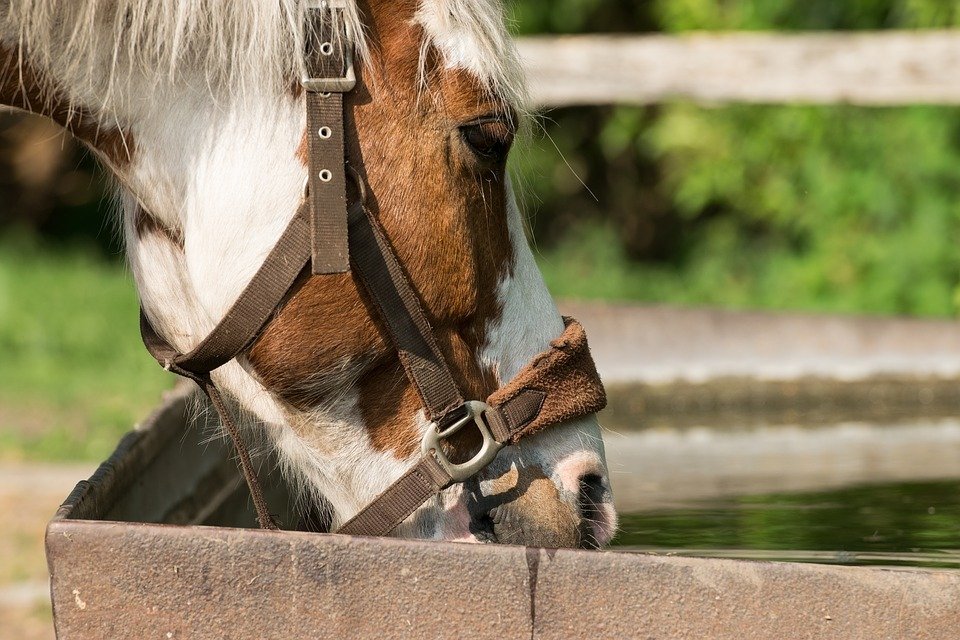 It is most common in the late fall, although cases are also seen in the spring and summer months. In its classic presentation, this disease causes severe diarrhea and fever.

The bacteria infects the enterocyte cells that line the horse’s gastrointestinal tract, and typical early clinical signs include lack of appetite and fever (sometimes this fever can be very mild).

After the onset of clinical signs, it can take 24 to 48 hours for the diarrhea to develop. Early in the disease process, many clients call with concerns about colic, rather than diarrhea. Beware that Potomac horse fever may progress rapidly in your horse. Other symptoms to watch for include dehydration, laminitis and sepsis.

Early intervention with targeted intravenous antibiotic treatment, aggressive fluid therapy and anti-inflammatories can save your horse’s life.Intervention after Potomac horse fever has progressed to a severe state may not be as effective because much of the damage has already been done. For this reason, prompt intervention is critical.

Testing in the face of infection

Unfortunately, the most accurate and effective test (blood and fecal PCR) for this disease does not have a rapid turnaround time, and as the clinical signs can be very similar to those of other infectious and non-infectious causes of diarrhea or lack of appetite, targeted antibiotic treatment for Potomac Horse Fever can be delayed.

How is the disease spread?

PHF is not contagious horse to horse. Instead, it spreads via the ingestion of aquatic insects, either in hay or in water troughs. While the disease has been more widespread just to the east of us in the Kingston area, we had confirmed cases in our area last fall. It is possible that we will start seeing more of this disease in the years to come.

There is one vaccine available for Potomac horse fever. Although its effectiveness is not as well documented as the vaccines we have for some other contagious diseases, there is good data to suggest that vaccinating will significantly reduce the clinical signs (and risk of laminitis) associated with the disease and improve your horse’s likelihood of survival. Especially for those horses who board near bodies of water, vaccination should be considered.

Our regular vaccine protocol protects your horses against Rabies, Tetanus and the mosquito borne diseases (West Nile Virus, and Eastern and Western Equine Encephalitis), as well as Influenza and Herpes viruses (EHV-1 and EHV-4).

We believe these vaccines are extremely important to keep your horses healthy and protected, especially given the changing climate, which is making mosquito borne diseases more prevalent. If you wish to add vaccination against Potomac horse fever to your annual vaccination protocol, we would be more than happy to accommodate this request.